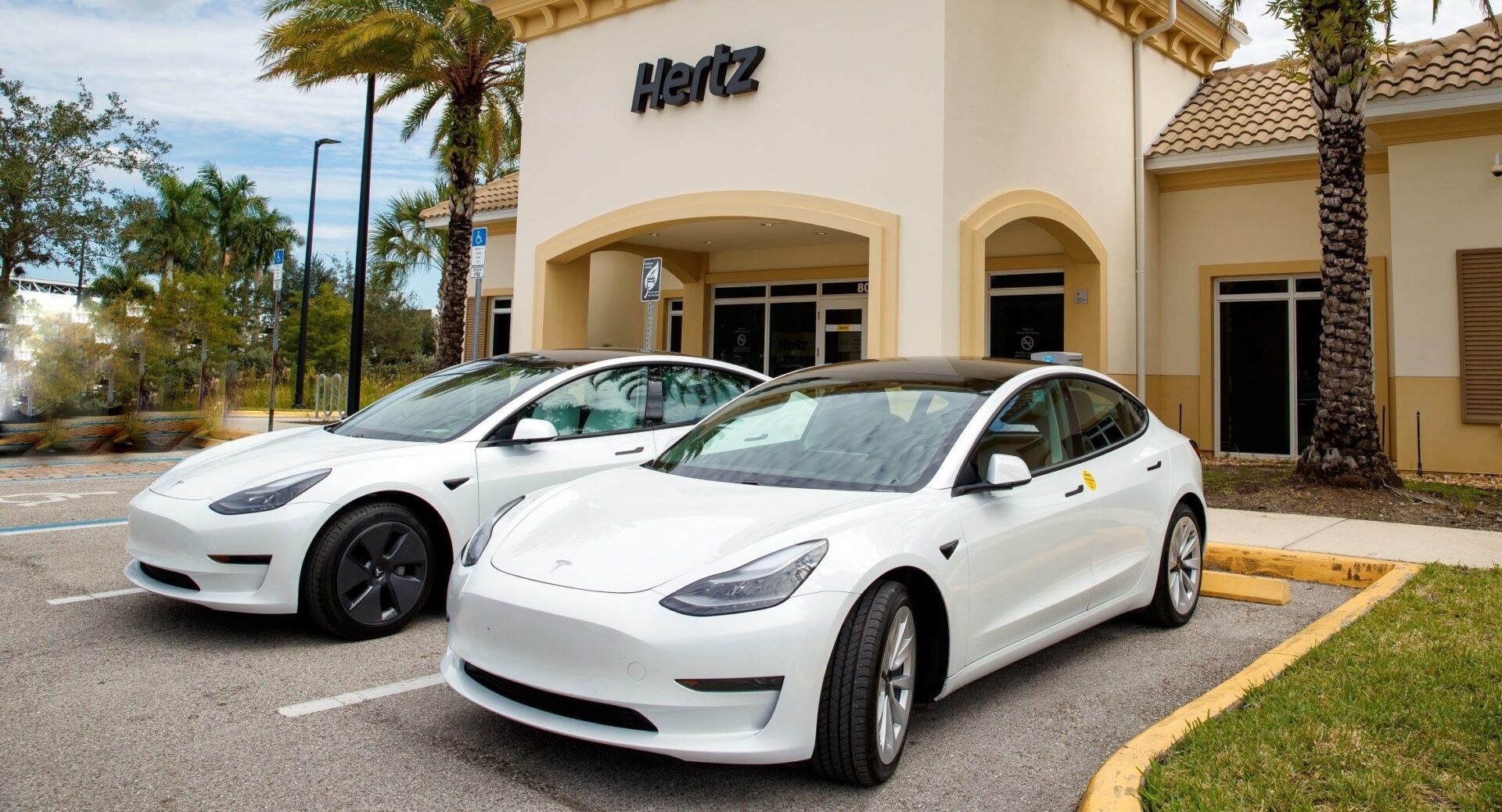 How quickly things can change in the modern marketplace.

Hertz just exited Chapter 11 bankruptcy reorganization at the end of June, after a rough year in which the pandemic brought its business to a near stand-still. Business was starting to ramp back up, the company added a new interim CEO (former Ford Motor Company CEO Mark Fields), but new cars were hard to find while higher rental rates were bringing in substantial revenue.

Then came a bombshell week that included:

The move repositions Hertz in the middle of what it terms the “modern mobility system,” a significant shift from its traditional business model.

The announcement of the Tesla Model 3 order was the big news that boosted both Hertz and Tesla, with the latter’s stock pumped over $1,000/share and the company’s valuation topping $1 trillion. It cemented a strong year for Tesla in 2021 since deliveries are supposed to start this year and virtually assured maximum production at its Fremont factory for the next year and quarter since the contract runs to the end of 2022.

The deal may already be impacting consumer orders for the entry-level standard range Model 3. Order one now and Tesla estimates your delivery will be next September, though the long range and performance models have closer-in delivery windows for those higher priced (and higher margin) models.

The pricing has caused some speculation, since the exact numbers were not disclosed. Bloomberg reported they obtained confidential information that indicated the deal was worth $4.2 billion to Tesla, which means those base Model 3s would cost Hertz approximately $42,000 each. That’s not much of a discount to the retail price of $43,990, but when the $1,200 delivery fee is added on (and assuming the quoted total price is as delivered), it looks like Hertz is getting more than a $3,000 (7 percent discount). Of course that’s assuming all 100,000 units are the absolute base Model 3s—white with black interior, 18-inch wheels and no Full Self-Driving capacity (any variations beyond the basic package would mean Hertz is getting an even heftier discount. It’s still not the kind of discount rental car companies are used to getting from manufacturers, but the expected high resale value and low overhead Carvana deal to sell the cars at the end of their rental use should keep the numbers positive for Hertz.

Then there’s the Uber connection. If half the Model 3s are dedicated to Uber drivers at rates that will start at $334/week and eventually drop below $300, Hertz should be making money all along with high vehicle usage and regular income (fully utilized that could bring in more than $15 million/week).

With the offerings starting in Los Angeles, San Francisco, San Diego and Washington, D.C., the Model 3s will help Uber meet a new California state mandate for ride hailing companies to shift to zero emission vehicles. The so-called Clean Miles Standard, which calls on rideshare companies like Uber and Lyft to reduce their greenhouse gas emissions by moving to electric vehicles and decreasing emissions to zero by 2030. Uber itself has made a similar commitment. Uber says the Hertz deal should work well for its drivers since it is comparable to prices charged for gas-powered vehicle rentals, plus drivers receive an incentive for switching to an electric vehicle.

Hertz and Uber also held out that the 100,000 Model 3s could be only the beginning of orders for the relationship. When all of the Teslas are delivered at the end of next year EVs will represent about 20 percent of Hertz’ total fleet.

The downstream impact of this move remains to be seen. Historically, models sold into the daily rental market have resulted in drops in residual value. Teslas have had the opposite experience as their limited availability has kept used prices high, since volume production only ramped up in 2018. The Hertz deal could end up putting substantially more, higher mileage used Model 3s on the market and bringing prices down.

Finally, the flurry of announcements came on the same week Hertz said it had total revenues in the third quarter of $2.2 billion, up 19 percent from the previous quarter. Net income was $605 million as it starts a shift to a new business model. It’s not the first time Hertz has offered EVs, but it’s never moved at this scale before. Modern mobility may be here.