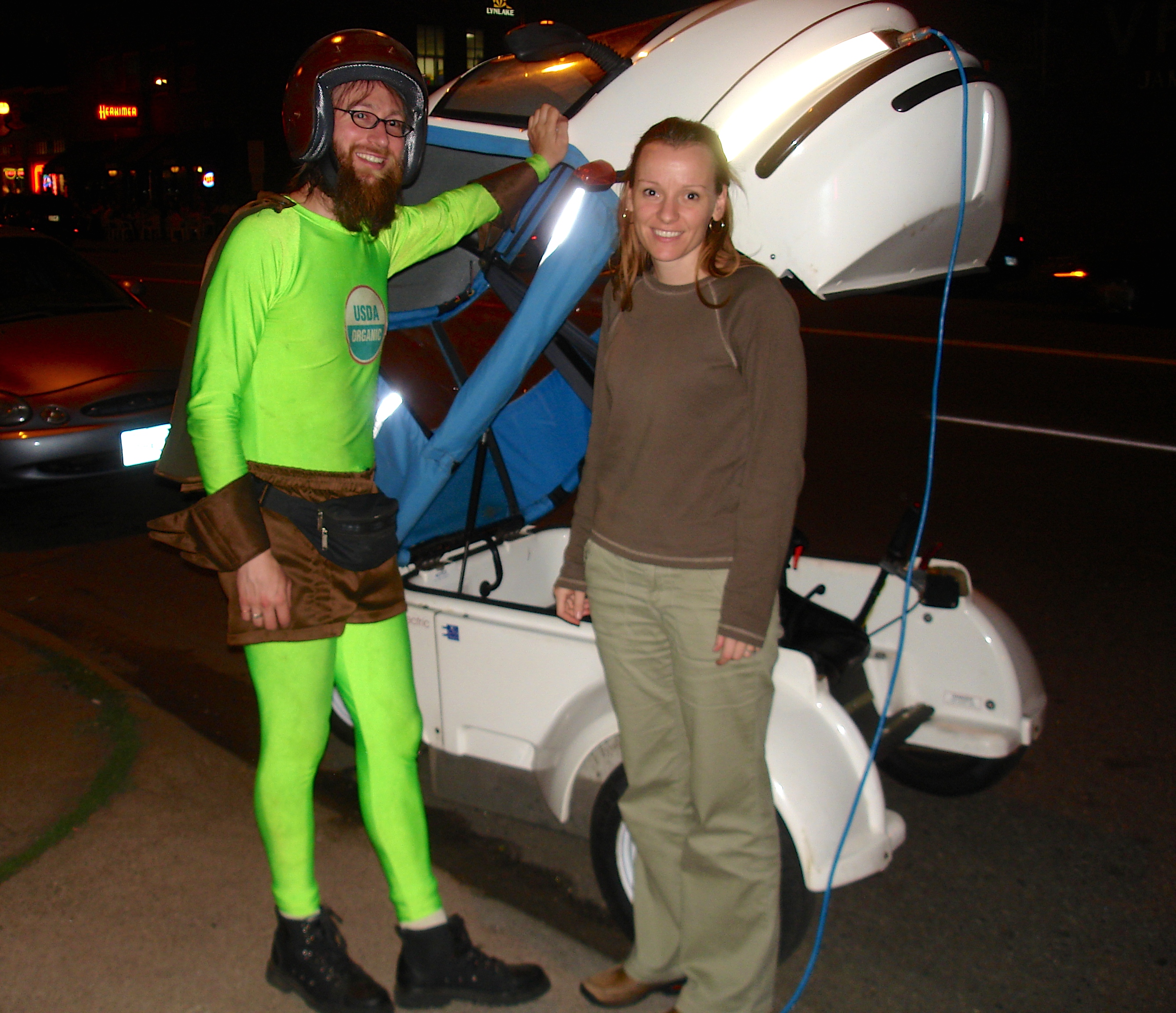 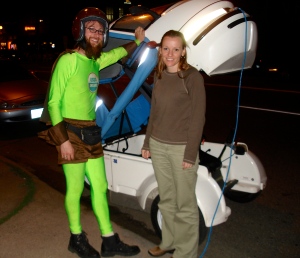 Before Who Killed the Electric Car? officially hit theaters in 2006, Chris Paine and I hopscotched the country with it on a Sony press tour. Over the course of a few weeks, we hit a different city every day: local screening in the evening, press the next morning, and off to the airport to repeat the process. It was an absolute ride, dramatic and exhilarating but more than a little exhausting.

We arrived in Minneapolis, MN with no idea what to expect, but found our last stop to be one of the most enthusiastic. As we’d done nightly, we hit up the audience for local dinner suggestions, and were informed we must go to Galactic Pizza. We were beat, but promises of electric delivery vehicles and men dressed as spandexed superheroes could not be ignored.

The pizza was great; no surprise it’s been popular there for years. But the people were better, every bit as passionate and quirky as we’d been led to believe, with adopted personas like Captain Awesome and Luke Pierocker. And as promised, they were ferrying those pies around the city in funky three-wheeled Gizmo EVs, because well…it was what they could get. The perfect final note to our celluloid adventure, and a great memory. The next day, I was standing on a street corner not far away when a reporter called for my first response to what would become the Chevrolet Volt.

Years later, the costumes and EVs have been upgraded to some I know well, but a recently-released video shows the gang at Galactic Pizza is still at it, and clearly still having fun. If you’re in the area, save me a slice.

Hat tip to Brian Henderson for the video!